As a part of Indian Navy’s overseas deployment to West Asia, Africa and Europe, INS Trikand entered Istanbul the day before yesterday for a three day visit. 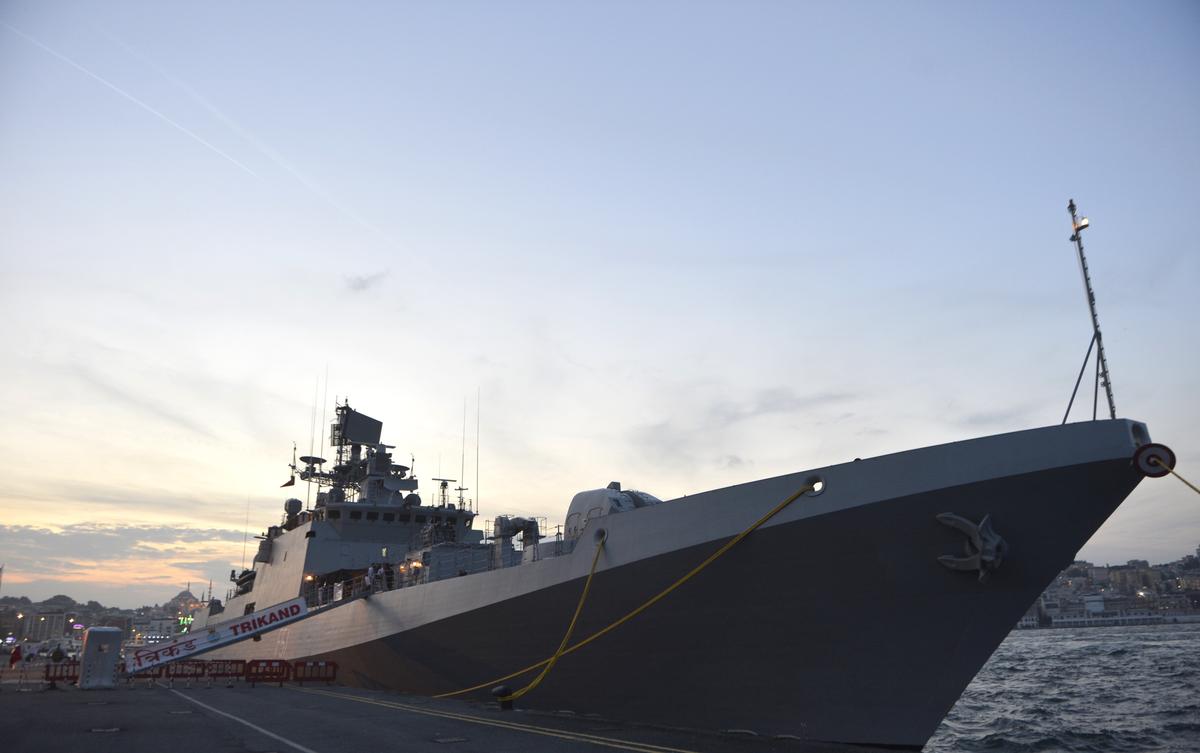 As a part of Indian Navy’s overseas deployment to West Asia, Africa and Europe, INS Trikand entered Istanbul the day before yesterday for a three day visit.

During its stay in Istanbul the ship will engage extensively with the Turkish Navy.

Apart from professional interactions, a number of sports and social engagements are also planned, which would go a long way in enhancing co-operation and understanding towards mutually beneficial issues of maritime interest. Indian naval ships are regularly deployed as part of the Indian Navy’s mission of building ‘bridges of friendship’ and strengthening international cooperation with friendly countries as well as to address maritime concerns of the region including piracy in the Gulf of Aden. In addition, Indian Navy has also been involved in capacity building and capability enhancement of friendly navies in the Indian Ocean Region, besides providing assistance in hydrographic survey, search and rescue and improving maritime domain awareness. A notable recent employment of the Indian Navy was for the evacuation of over 3000 Indians and citizens from 35 other countries from strife-ridden Yemen(in April 2015). India and Turkey share deep historical connections. The bilateral relations have been strengthened by exchange of visits by leaders of both countries in recent times. The two countries share common values including commitment to secularism and democratic principles. The current visit seeks to underscore India’s peaceful presence and solidarity with friendly countries and to strengthen the existing bonds between India and Turkey. Bilateral naval relations are expected to strengthen further due to the planned visit of a Turkish warship for the International Fleet Review at Visakhapatnam, India in Feb 2016. INS Trikand, commanded by Captain Vinay Kalia, is a state-of-the-art warship of the Indian Navy equipped with a versatile range of weapons and sensors capable of addressing threats in all the three dimensions – air, surface and sub-surface. The visiting ship is part of the Indian Navy’s Western Fleet and is under the operational command of the Flag Officer Commanding-in-Chief, Western Naval Command, with its Headquarters at Mumbai.