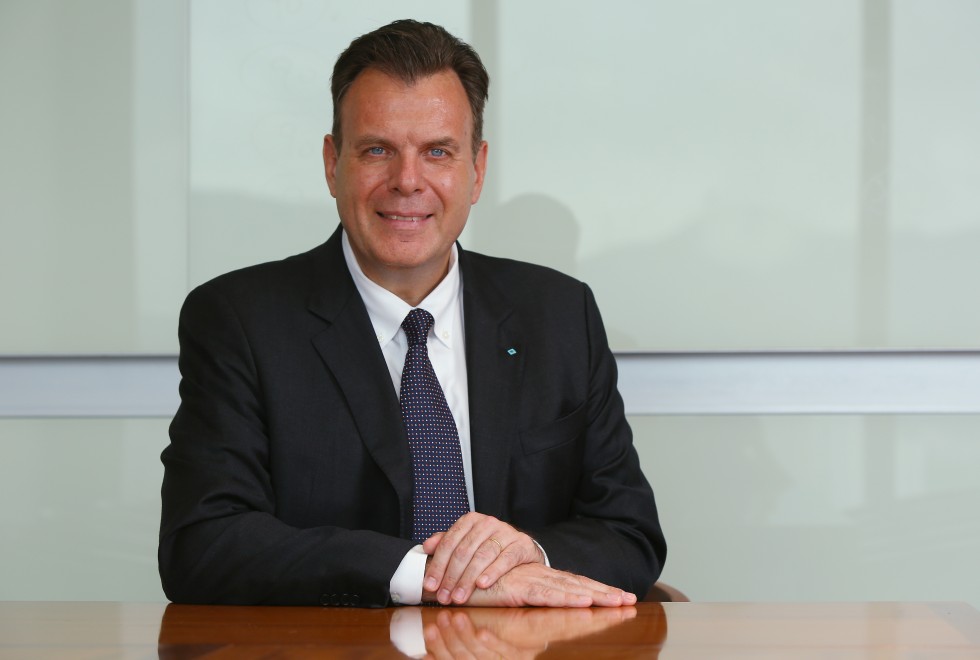 Eastbound focus offsets Asia-Europe slowdown, says Maersk executive
THERE is growing evidence that container shipping volumes will pick up and carriers should now focus on eastbound Asia-Europe services to offset the current westbound slump, says Maersk Line Asia-Pacific chief Robert van Trooijen
Last year, container volumes from Asia to Europe fell four per cent, and in the first quarter of 2016 volumes fell a further six per cent year on year.
Maersk believes that trade volumes have been weak on the route over the past 15 months partly due to European retailers' strategy to run down stocks, Mr van Trooijen revealed at the TOC Asia Container Supply Chain conference held as part of Singapore Maritime Week.
"The retail industry in Europe spent much of last year destocking, but our economists expect that there will be some restocking later this year and we think that the trade may well rebound further than we have seen this year so far. We do see some positive trends in 2016 and we think it may surprise us in terms of volumes over the remainder of the year," he said.
Mr van Trooijen predicted that this would lead to an increase in freight rates in the second and third quarters of this year. Maersk has just announced a US$550 per TEU general rate increase from May 1.
"Excess deployed capacity levels have led to lower utilisation, such that a vessel which is 95 per cent full is unable to make money, and in some cases vessels which are 99 per cent full are losing money," said Mr van Trooijen.
"In addition there is a 20 per cent downfall - bookings which are made where the container does not show for the sailing - which means that carriers effectively have to overbook a vessel by 20 per cent; and if a ship isn't full then the sailing has to be blanked. And that is very different to a couple of years ago," he said.