Hellenic Seaways confirmed in a statement that the body belongs to the chief electrician of the vessel...

A man died in a fire on board Highspeed 5. The ship was in the repair zone in Molo Keratsiniou.

To charred corpse, unidentified, found aboard the high-speed passenger ferry company Hellenic Seaways, which occurred at noon major fire while it is for repair work, Molo PPC in Keratsini.

The fire due to flammable materials expanded rapidly and has caused considerable damage to the ship. According to the headquarters of the Port Authority and the fire, the fire has been limited at the moment, but fire fighting efforts continue.

The President of the Trade Union of Metal Piraeus Sotiris Poulikogiannis, speaking to ANA-MPA stressed all registered teams who were on the ship for repairs, disembarked safely from the Highspeed 5 when the fire broke out.

Not excluded the dead identified on board is a member of the crew Highspeed 5.

The 85-metre-long ship, with a capacity to carry 809 passengers and 154 vehicles, belongs to the fleet of local ferry operator Hellenic Seaways. 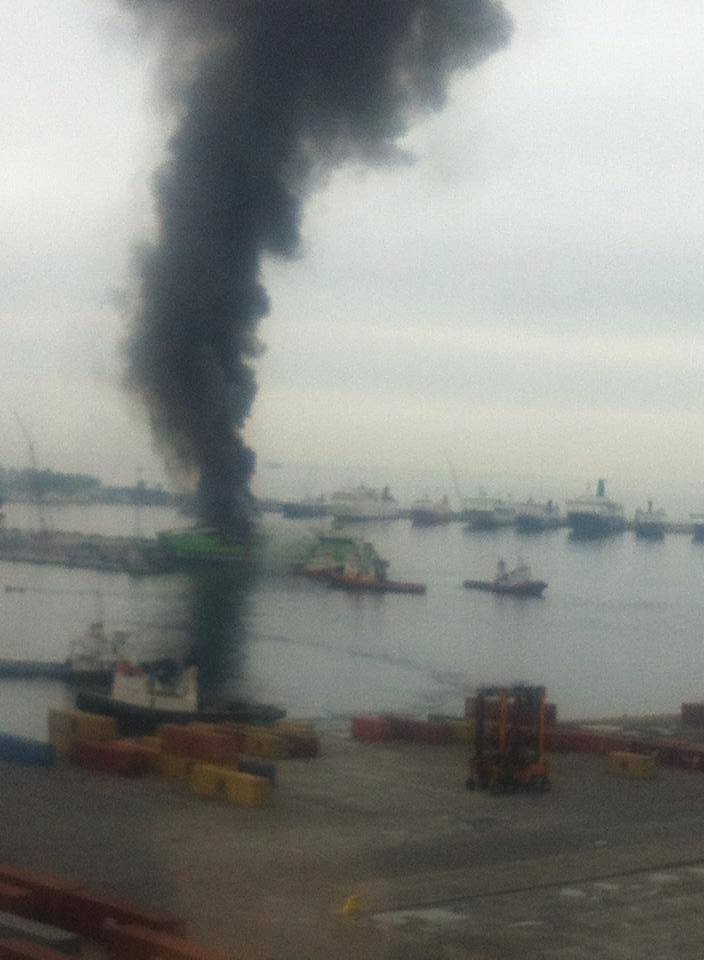