The Panamanian-flagged bulk carrier Kouyou was detained yesterday in the port of Quebec, Canada, after maritime labour officials determined that crew were owed more than USD51,000 in backpay. 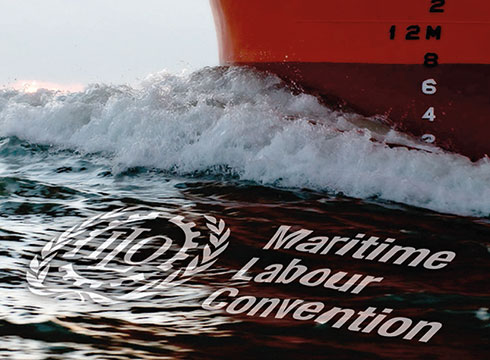 The Panamanian-flagged bulk carrier Kouyou was detained yesterday in the port of Quebec, Canada, after maritime labour officials determined that crew were owed more than USD51,000 in backpay. It is the third detention in Canada of a vessel under the new international Maritime Labour Convention (MLC 2006), which came into force worldwide in August. Problems aboard the ship were discovered by Gerard Bradbury, an inspector with the International Transport Workers Federation (ITF) and Unifor union. He explained: "Twenty Burmese and Vietnamese crew, including the Canadian Captain James Maung are not being paid or treated properly, and inparticular had been shorted on the home-allotment portion of their pay thatprovides for families left at home while seafarers are abroad at work.”  The most alarming situation aboard involved crew who had paid a total of USD6,600 in fees to obtain their jobs, Bradbury said. Recruitment or placement fees paid to manning agents are illegal under international labour conventions. In some cases, crew were also receiving less than half the wage owed them under their labour agreement, he stated. Wage calculations are ongoing, but are expected to top USD51,000 US. Four crew have asked to be repatriated after receiving wages owed them. Transport Canada was notified and has stepped in to detain the vessel until all wageshave been taken care of and the crew have been sent home. Bradbury said that contact has been made with the Japanese owners Doun Kisen KK, theJapanese company that owns the vessel, and that talks are under way. The Kouyou is the third foreign vessel detained in Canada for serious violations of international labour standards and violations of a collective bargaining agreement. Peter Lahay ITF Canada coordinator said: “We are extremely pleased that Canada has seriously given life to the MLC. On our request Transport Canada inspectors are enforcing a convention that has been agreed by the world’s shipping community and member states of the ILO. The ILO has concluded that the world’s seafarers are among the most isolated and marginalised workers in the world and are in need to special protection. That is what we are doing.” He went on to say that Canadians should be proud that theirs was the first country anywhere in theworld to detain a vessel under the provisions of the MLC. In all three cases so far, crew members from the vessels Hydra Warrior, Lia M, and now Kouyou were being badly cheated. He concluded: "The world’s seafarers can rest assured that if they have problems aboard their ships Canada's ITF inspectors will do everything in their power to correct the problems"