THE container shipping industry is heading towards a prolonged slump that could last longer than the 2009 downturn, Paris-based maritime consultancy Alphaliner has warned. 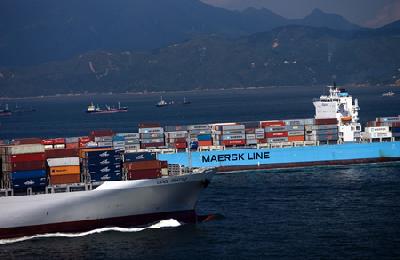 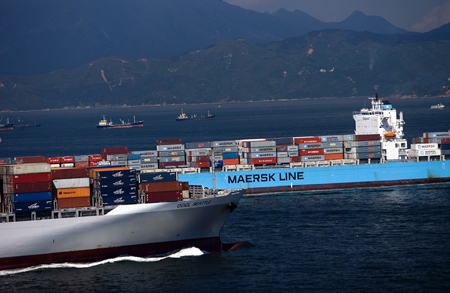 THE container shipping industry is heading towards a prolonged slump that could last longer than the 2009 downturn, Paris-based maritime consultancy Alphaliner has warned.

In the absence of a strong rebound of the Western economies, trade growth is expected to remain behind fleet growth for quite some time, it said.

The main carriers' operating margins have slipped this year and the poor operating conditions experienced these days could well last for two more years, given the prevailing oversupply situation.

Unlike the 2009 recession, which resulted in the first fall in demand for container shipping ever experienced by the industry, the current slump is caused by an oversupply of capacity and weak demand growth in the European and US economies.

The lull in containership orders between the fourth quarter of 2008 and the first quarter of 2010 brought the orderbook down from 60 per cent to 26 per cent of the existing fleet, but this did not solve the overcapacity problem.

The strong recovery in 2010 bought time for shipping lines. Record earnings helped many of them to restore their battered balance sheets, while additional capital was raised in the hope of a sustained recovery for the industry.

This triggered a new wave of containership orders and the 2.3 million TEU of capacity contracted since June 2010, pushed the orderbook back to 30 per cent, compared to the existing fleet.

Some industry sources continue to underestimate the impact of the excess supply problem, citing misleading supply growth figures of seven per cent for 2011 and 2012 and a capacity shortage in 2013.

As it turns out, the actual growth rate for 2011 and 2012 will be close to 8.5 per cent, while the 2013 supply growth will exceed 10 per cent, due mainly to the recent surge in containership orders.

The bias in favour of large containerships is expected to create a severe oversupply on the main east-west lanes.

The orderbook for vessels of over 8,000 TEU currently represents 85 per cent of such ships. Within this size segment, an equivalent of 62 per cent of the existing 8,000-TEU plus fleet is to be delivered in the coming 28 months (until December 2013).

This translates into an average annual growth of 23 per cent. These VLCS and ULCS will push further 6,000-8,000 TEU ships out of the east-west trade lanes, inducing a risk of contagion of oversupply to north-south trades, a process which has already started.

Ships in the 3,000-5,000 TEU range could therefore bear the brunt of the cascading of capacity.

Paradoxically, the comparatively low order figures for smaller units may turn out to be an advantage in view of the expected cascading that will filter down all along the capacity spectrum.

Unlike the situation in 2009, the impact of the supply growth will not be mitigated significantly by reduced average sailing speeds, since extra-slow steaming is already widely adopted by the current fleet.

The reduction of the idle fleet since the first quarter of 2010 has obscured the underlying overcapacity problem.

Weak utilisation levels on both the Asia-Europe and Asia-US routes resulted from carriers' futile efforts to increase market share, pursue a high-volume and low-cost strategy, thus inducing a competition frenzy.

The structural oversupply problem is exacerbated by the excess shipbuilding capacity, with a significant number of shipyard slots still to be filled.